Crypto Gets a Taste of Movie Business, but Is a Long Way From the Red Carpet

Crypto For Everyone > Bitcoin > Crypto Gets a Taste of Movie Business, but Is a Long Way From the Red Carpet 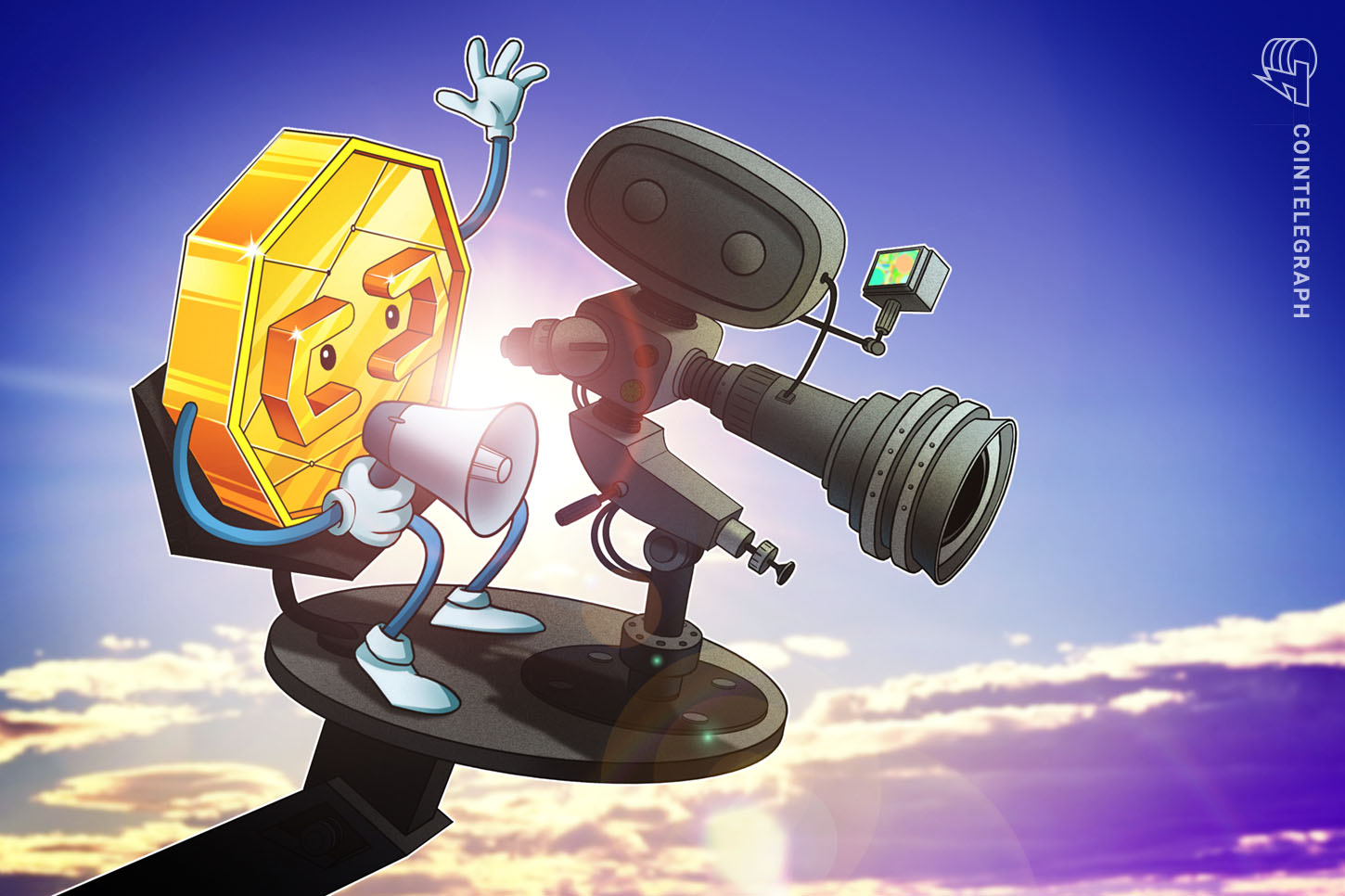 From its obscure beginnings over a decade ago to its current status as the leading cryptocurrency in the world, Bitcoin’s (BTC) tale on its own can make up for a pretty entertaining movie. With the prevalence of Bitcoin and blockchain-related topics in mainstream media nowadays, it is perhaps not a surprise that more films mention or highlight cryptocurrencies and blockchain technology.

For instance, Anthony Mackie, the actor who plays “Hawkman” in the Avengers movies, promoted Litecoin (LTC) last year in a video published by Vanity Fair. Meanwhile, in February, another well-known actor, Jim Parsons, narrated a cartoon version of himself on The Simpsons, detailing how Bitcoin is the “cash of the future.”

Other crypto references in pop culture and films include Crypto, a crime drama thriller about cryptocurrencies and money laundering, and Startup, a drama series following the lives of tech entrepreneurs using blockchain and crypto, among others.

References to crypto in films aside, there has been an undercurrent of crypto funding that has been taking place in the film industry. Just recently, the Litecoin Foundation acted as an executive producer for a film produced by a Los Angeles-based film company. According to reports, the Litecoin Foundation has been working behind the scenes during the past year, cultivating its presence in the film industry.

Given that the current film distribution and funding model heavily depends on intricate negotiations, financial deals and licensing requirements that take time, more and more filmmakers have been partnering up with crypto enthusiasts to fund film projects.

As an alternative to the existing analog industry, various companies and individuals in both film and crypto have been using blockchain technology and cryptocurrencies to provide the much-needed digital makeover much to the relief of many film and crypto enthusiasts.

A new wave of crypto-funded films

HardFork, a television series about a dystopian future, in which cryptocurrency and augmented reality rule, was among the first large-scale film projects to be fully funded by cryptocurrency. The team behind the project saw an opportunity in taking a non-traditional, decentralized fundraising path, especially after building up a community of supporters on Steemit, a crypto-backed social media platform.

No Postage Necessary is also another sci-fi anthology feature film that is crypto funded. Released in 2017, the movie is a romantic comedy written and directed by Jeremy Culver. The indie film project tells the story of a brilliant but convicted computer hacker who struggles to become a better man after meeting a beautiful war widow.

While sharing his opinion about the movie and how it was funded, Culver talked about how the production of No Postage Necessary is set to be a signal of a shift of content consumption and sharing in a different direction, adding:

“There are many advantages to blockchain distribution, including immutable proof of Intellectual Property rights, transparent royalty payments, and, since all data on the blockchain is resistant to duplication, we can now envision a world where films are no longer pirated.”

MovieCoin, a crypto platform built specifically for crypto funding, is also looking to change how film financing is done. The platform is the brainchild of Christopher Woodrow, who created and directed the Oscar-winning movie Birdman.

Also in the mix of people trying to introduce crypto funding to the film industry is celebrated actor and martial artist Wesley Snipes. In 2019, Cointelegraph reported that Snipes partnered with the Liechtenstein Cryptoassets Exchange to create the “Daywalker Movie Fund.” The $25-million tokenized fund will only invest in Snipes’s studio while allowing investors across the globe to hold a stake in the production.

What film making and crypto have in common?

Democratization through decentralization is the common link among crypto and blockchain enthusiasts and indie filmmakers. As a result of their underlying theme of freedom and independence, both industries have a capacity for attracting large crowds of dedicated young followers.

Furthermore, what makes crypto funding for the indie film industry a perfect fit is that both industries tend to be led by renegades with a desire to democratize traditionally stunted and monopolized industries. Emily James, a film director currently working on a feature film called Finding Satoshi — a fictional tale of a detective looking for the real Satoshi Nakamoto — believes that the future of crypto funding in film is bright. According to James:

“There have already been a few projects that have raised money in crypto, and some in the works who are planning to launch their tokens. But it’s still technically demanding and legally tricky.”

James believes that first, someone has to launch and establish “a user-friendly platform for it to have a wider pick-up, much as Kickstarter did for crowdfunding.”

Funding and distributing films with crypto and blockchain technology

Apart from looking toward crypto and blockchain technology for funding, filmmakers like James have also been trying to use a non-traditional, decentralized approach in the distribution of their films. James told Cointelegraph:

“I have seen a few plans to use tokens and blockchains not just for fundraising but also for distribution, marketing, and even collection and disbursement of income.”

Even though there have yet to be any real success stories in this area, companies like MovieCoin and Livetree, a social platform that allows users to watch films, as well as licensing and distributing film and TV content, have offered solutions.

For instance, Livetree has brought about a new equity-based crowdfunding model that shares profits with investors. Unlike a typical crowdfunding process where backers of a particular film project are rewarded with some exclusive toy in return for their investment, Livetree uses a DAO-like model that aims to be an autonomous decentralized ecosystem.

But the story of crypto funding is not all sunshine and rainbows. According to Ashley Pugh, a producer of films, documentaries and music videos, despite the interest in crypto funding, more filmmakers are skeptical about crypto funding due to the current low interest among the masses. With diminishing interest in Bitcoin and crypto at the moment, most filmmakers, according to Pugh, prefer traditional crowdfunding:

“At least this way, they get a currency they understood rather than a token they had no knowledge of, in an ecosystem that was underdeveloped and untested.”

On a personal level, Pugh experienced the challenge of the dwindling interest in crypto in mainstream culture when he produced a documentary film, which distributors in the United States and the United Kingdom turned down on the account that “no one cares about crypto anymore.”

When it comes to crypto funding, there is still much that needs to be done since most existing projects are either premature or non-existent. However, only indie filmmakers have been experimenting with crypto financing.

While Hollywood movies are made and fully financed by major studios, according to James: “Indie producers pull together a combination of private equity investment, pre-sale investment from distributors, pre-sales for TV rights, etc” in order to fund their films. Basically, James reiterated that it is the independent filmmakers who are currently experimenting with crypto funding for their film projects and hypothetically speaking, James suggested:

“A project could create its own blockchain-based token, which could act both as a fundraising device, raising money through the sale of the token, as well as eventually automating the disbursement of funds back to those investors, and to any other parties that have invested in kind or crew who invested sweat equity, etc.”

James also mentioned some interesting ideas that are currently being floated around the industry that include using tokens to harness the power of individual supporters and fans to help attract attention to films at the release stage, and to provide functionality for grassroots publicity campaigns and the like. Film producer Tomer Kantor shared a similar thought with Cointelegraph, saying that “collectibles/fan bases” is a good way to make use of Bitcoin within the film industry, but adding that, as of now, it is perhaps the only way to utilize it. Pugh insists that in order to overcome the obstacles, the masses need to be educated on the technology and that they need to have faith in its capacity to work:

“I think equity crowdfunding could work as people would then have a ‘stake’ in the movie, which works for both bragging rights and also investment savvy, but people would still need to understand the tokenomics and have faith in the underlying currency model. We are still a million miles off this in my opinion.”

Giving the film industry a makeover

The film industry is arguably in need of a digital makeover and is one of the many industries that are ready to take a step toward decentralization and the accompanying technologies. Already, companies like Netflix have been changing the narrative by going against the business model that has long since been held by big-budgeted Hollywood studios.

However, as companies like Netflix continue to grow bigger, they also tend to mimic their predecessors, bringing back the old pain points to the industry. Perhaps that is why independent filmmakers like James are excited about the opportunities that blockchain technology will bring to film funding and distribution. James said:

“I would love to see a blockchain-based distribution platform with micro-payments to content producers. Platforms such as Netflix do not give producers more if their show is a hit. In fact, they don’t even divulge viewing figures to the producers!”

Through the use of blockchain and smart contracts, however, James suggested the system can become fully transparent with “fully automated micropayments by viewers, with an agreed percentage going directly to producers.” If taken on board, blockchain technology and crypto may transform movies and how they are consumed, but according to Pugh, it’s possible that change might happen behind the scenes:

“Blockchain/crypto may not change how we consume films directly, but a layer of ‘blockchain in the background’ that people are not even aware of could potentially be working towards how the films they are viewing have been funded, distributed and maybe even delivered in the future.”