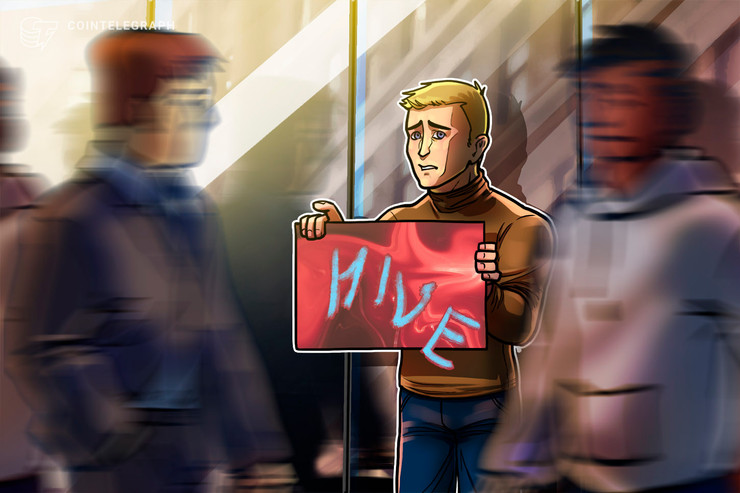 Canada-based company firm Hive Blockchain has announced that its legal representation is issuing a cease and desist request to the Hive community, which recently forked from the Steem (STEEM) network.

According to a March 23 press release, the mining firm believes that the new blockchain’s use of the term ‘Hive’ creates confusion around its branding — asserting that many Hive Blockchain shareholders have sought clarification as to whether the company is associated with the hard fork.

Hive Blockchain was founded in 2013 and claims the Steem fork is benefiting from “goodwill” that the firm has cultivated within the cryptocurrency sector.

“As an early leader in the blockchain sector, we have invested significant amounts of money in developing our brand and educating the capital markets on blockchain technology and cryptocurrencies,” said Hive Blockchain’s interim executive chairman, Frank Holmes.

Holmes asserts that Hive Blockchain “has no issue with the proposed blockchain beyond its name,” adding that the firm has no opinion on the Hive community’s dispute with Steem:

“However, for legal reasons, we have no option but to seek to protect our interests, dispel the ongoing confusion and avoid any potential damage to our reputation. We are hopeful this can be easily resolved with a name change. Any continued usage by the Blockchain will only evidence an intentionally predatory, misleading and fraudulent strategy.”

Earlier this month, Hive Blockchain announced it would expand its Ethereum (ETH) mining operations by 20%.

On March 18, a group of more than 30 former Steem developers announced their plan to execute a hard fork and break away from the network under the new branding of ‘Hive’. The move followed several weeks of well-documented conflict between the Steem community and the new owner of both Steemit Inc and 20% of STEEM’s supply, Justin Sun.

On March 20, the Hive community successfully forked away from Steem — creating what is being called the Hive blockchain.

The cryptocurrency is already being traded under the ticker ‘HIVE’ on at least four cryptocurrency exchanges including Bittrex — where it is trading at a 20% premium over STEEM.