The price of Bitcoin (BTC) dropped to as low as $8,900 on May 21 following a strong rejection of the $9,800 level. Traders say BTC’s breakdown from the $9,200 support level may lead to a renewed downtrend.

Almost every macro indicator points to a correction

In the near-term, traders generally expect that a correction will occur in the Bitcoin market. Almost every macro trendline, indicator, and momentum oscillator points toward an imminent correction.

When the price of Bitcoin initially dropped below $9,200, it fell under a key Bollinger Band line, which often marks a key pivotal point. If a bullish trend is ongoing, then an asset is expected to recover at the middle Bollinger Band line. 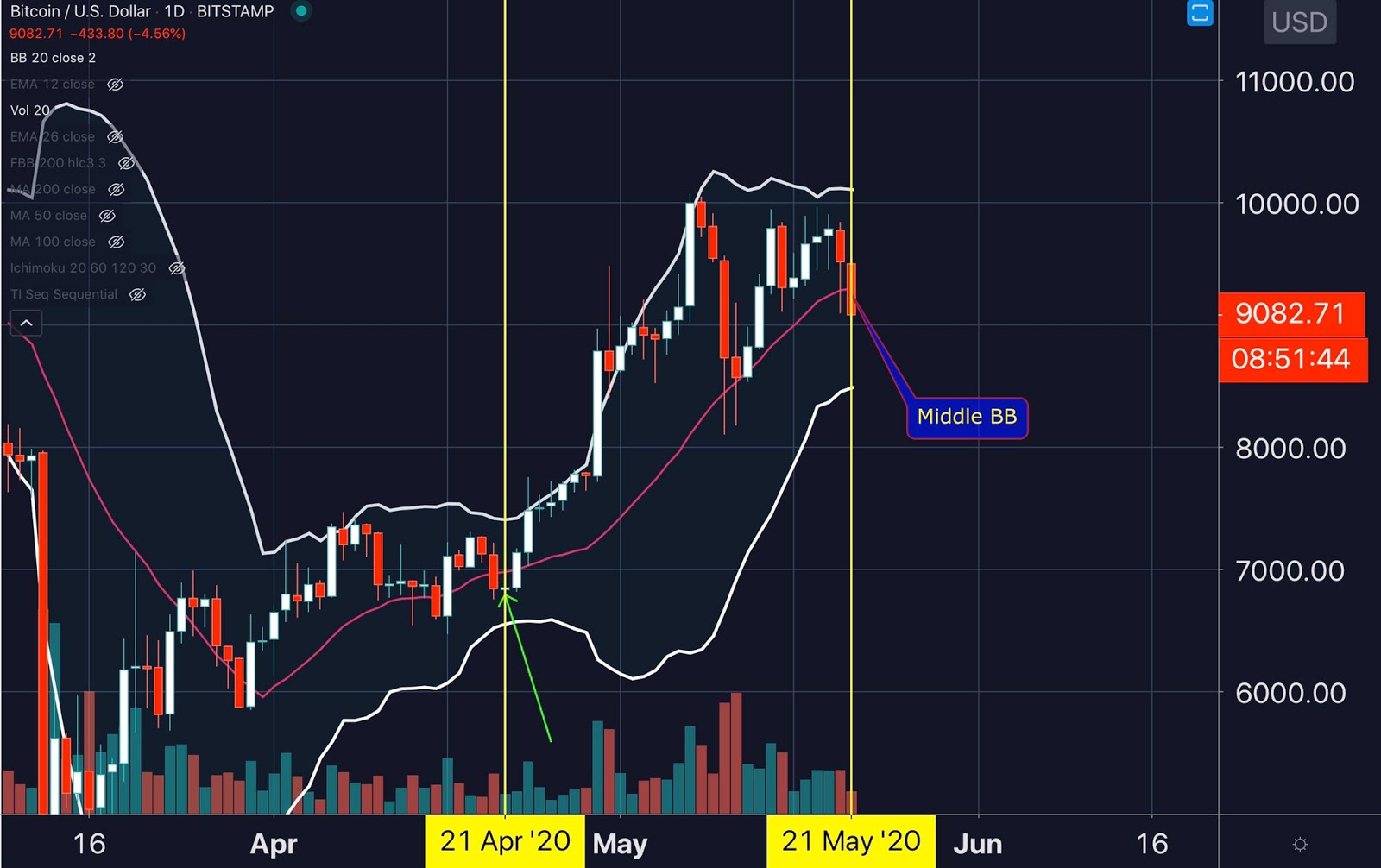 But, in the case of Bitcoin, it fell straight through it and dropped to $8,900 in quick succession. As such, it risks a fall to the lower end of the Bollinger Band, in the mid-$8,000 area.

According to Bitcoin trader Jonny Moe, the Bitcoin price is at risk of falling below another trendline that dates back to March 12.

Since the second week of March, the price of Bitcoin recovered strongly from $3,600 to over $10,000. After failing to reclaim the $9,800 to $9,900 range as support, BTC is now vulnerable to a deep pullback below the rising channel.

Bitcoin trader TraderXO, who predicted a fall to $7,700 as early as last week, said BTC is showing a typical lower high set up and is at risk of a rapid correction to below $8,000.

Lower highs on the 4-hour chart of Bitcoin. Source: TraderXO

Why traders are bearish at the current level

There are two main reasons that supplement the bearish stance of many top traders in the cryptocurrency market: the lack of support between $7,700 and $9,000, and the potential upside of BTC above $10,500.

Bitcoin barely saw a minor pullback when it surged from $7,700 to $10,000. While it demonstrates the strength of BTC’s momentum at the time, it also leaves BTC vulnerable to a sizable decline.

The lack of resistance above $10,500 is also considered a factor that is preventing BTC from breaking above $10,000.

In April hedge fund manager Mark Dow said that Bitcoin is a textbook short, even when BTC was in the $6,000s. Dow said:

Bitcoin on the chart is facing massive overhead resistance. Based on this chart, this right now is a textbook opportunity to short.